A brand new batch of previews is coming your way, and a day earlier than usual! All three of them will be crowdfunded in September and this time their themes differ a lot. From organized crime and espionage to… dinosaurs.

So many games make us fight the bad guys, but sometimes it’s great to move away from these types of stories and enjoy looking at things from the other perspective. Tomorrow Dies Today is a highly customizable and asymmetric board game about organized crime. The player count is also something to behold, as we rarely see games targeted at up to 7 players. Tomorrow Dies Today features 3 different modes making it almost feel like three games in one. Characters are also asymmetric to make things more replayable.

“Cutthroat” mode mixes competition with cooperation. One player becomes the Supervillain and the rest have to work for him by completing his Doomsday Plan and becoming the winner along him. There’s also an option to betray the boss and slow everything down so that the plan fails. Other two modes include  “Syndicate” which is much more cooperative and “Mayhem”  which is pretty much its opposite and makes every player fight each other.

Let’s leave the mafia and go into another fascinating topic: espionage. Facility 07 by Trevor Scott is quite an interesting board game about famous spies infiltrating the lair of Professor Norwood – a dangerous and insane criminal that needs to be stopped at all cost. He is creating his personal army of clones and will likely try to achieve world domination.

The gameplay merges mechanics from both competitive and cooperative games. You all share the same goal of infiltrating Facility 07, exploring its every nook and cranny, collecting valuable data and finding the so-called mainframe. Despite common goals, playing dirty is fine and allows you to get ahead of others.

The game is played by 2 to 6 players who each pick one agent from 32 available. Agents differ by stats and their unique abilities. As the game goes on, players keep discovering new rooms which leads to triggering events from a pretty big pool. You may meet some of the clones and fight them, steal data from other agents or use your hacking skills on the mainframe. As the end of the game draws near and the final countdown is activated, players need to escape before everything blows up.

There is a lot of randomization in this game and in a really good way. Modular board creates new maps each time you explore the titular laboratory. You’re also able to control the length of each game by using a certain number of room cards. This way Facility 07 can be a fun 20 minute experience or a long 3 hour thinky extravaganza. The manual also describes many alternative modes that add even more replayability. This includes a classic Free For All or Madhouse where rooms can… move.

Dinosaur Island remains one of the most successful euro style board games funded through Kickstarer. The first campaign managed to get more than $500.000 and the second quadrupled that score and got to $2.000.000. The game also received plenty of great reviews and many awards. We’ve been expecting some new expansions coming sooner or later but instead Pandasaurus Games has surprised us with a new, stand-alone game.

Dinosaur World will release not that far from now, on September 22nd. Story takes place in a world where dinosaurs have become a part of regular life. Various parks have popped up everywhere and, while incredibly attractive to tourists, they also pose lots of threats. You and other players will have to design your own parks while taking care of all the possible dangers.

Gameplay consists of recruiting workers, creating new attractions, working with DNA and much more. If a dinosaur goes on a rampage, you may lose your hard earned VPs. Other innovations include more unique dinosaurs to shake up the entire gameplay experience. 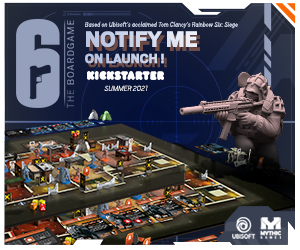