Trademarks and visuals belong to their rightful owners.

Hello friends! May is almost here so time for me to write another article filled with tabletop gaming Kickstarter and Gamefound campaign recommendations. Let’s go!

The world of Witcher needs no introduction. Most people who are into fantasy and RPGs know it well, and recently due to some new adaptations and books it’s reaching new waves of fans. I’ve been following the adventures of Geralt for over 25 years and still can’t get enough of them.

Q Workshop, a dice crafting company you may know if you follow Kickstarter tabletop projects, has launched a new campaign for Witcher themed sets of dice. These little polyhedrons look simply stunning and I can’t wait to test them over some P&P RPG session as soon as they arrive.

What’s so great about these? First: they’re hybrid – made from 2 different materials, so you can for example pick wood and metal and further customize them with a colour of your choice. The number of these is growing with more stretch goals being unlocked.

There are few different sets for different kinds of players and collectors. We have a set of D6’s, 2 RPG sets of different dice and even a limited Dice Poker set which comes in a stylish wooden box, similar to the one used in Witcher video games.

Since we’re talking about popular settings in pop-culture, there’s a new game set in the Marvel universe being funded right now. Well, not necessarily new, as it’s a follow up to CMON’s last year Marvel United campaign.

Marvel United: X-Men is a stand alone expansion, but can be integrated with the base game to add much more replayability and difficulty. The campaign offers an insane amount of expansions and add-ons covering a major part of the Marvel universe: from the titular X-Men to Avengers and Guardians of the Galaxy.

The game itself is designed for 1 to 5 players and bears many similarities to other cooperative games by CMON. You team up with other heroes and work together to defeat the villains of the scenario you’re tackling. The new expansion allows controlling the villain and playing the game in an optional asymmetric mode.

It’s a Wonderful World was funded on Kickstarter last year and now we’re getting another game in this new series. It’s not a simple copy-paste expansion with a new theme, but a whole new game borrowing some concepts from the original. The setting has also changed from a modern one to low fantasy.

It’s a Wonderful Kingdom was designed for 2 players. Cards play an important role here. You collect them over the course of the game and try to use them to trick your opponent. Next, you can “build” your cards like structures, specialists, monuments and discoveries. Later you produce resources and end the turn. The goal of the game is to create a better duchy than your rival’s. This is resolved by Victory Points awarded for various cards you possess.

The game has tons of modules that completely change its gameplay. This includes dangerous Menace cards, helpful Advisor cards and a Quest Module that adds new rules.

🎲HEXplore It: The Domain of Mirza Noctis

HEXplore It is a series of tabletop games that sports 3 installments. The fourth one is being funded on Gamefound right now. All games in the series have different settings, different cards and offer an unique, sandbox-style gameplay. The games can be integrated together and offer over 50 roles to play including necromancers, gladiators, shamans, oracles, minstrels, gamblers and many others. And if that’s not enough customization for you, there are also 70 races to play as.

HEXplore It: The Domain of Mirza Noctis brings us to the dark and gloomy land of Krasvetelia. It has been ruled by an evil Mirza Noctis for over 200 years and he still terrorizes people who live there.

The game is fully cooperative and playable by 1 to 6 players. Gameplay starts by creating your own characters. You explore a modular map to complete quests and gather clues helpful to defeating the main villain. The game offers six difficulty settings to suit all sorts of players. You can also choose how much story-related content you want to see. If you’re more into gameplay and exploration, it’s possible to play it skipping a lot of the plot. 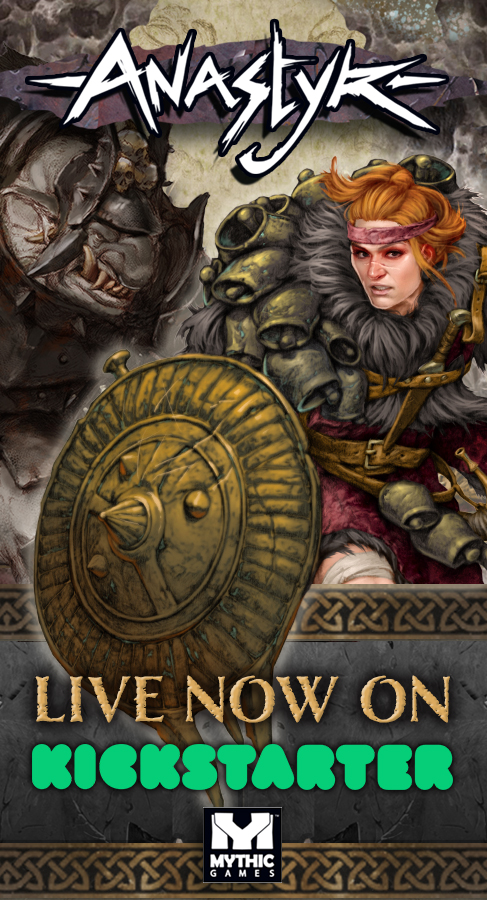 Level up your game to the new heights.

Questower by KA is a group created by specialists and gamers from Kick Agency and KA Board Game News website, specializing in advertising games and game related projects. We analyze trends, create campaigns while generating sales.