Empire of the Stars. Skyrise. Hunt the Ravager. Trademarks and visuals belong to their rightful owners.

Today we’ll preview 4 games launching sometime in 2020. This time fans of heavier titles should have lots to enjoy!

Games with highly asymmetrical player roles might not be as popular as co-ops, but when done right, can be fantastic. Making one player into a villain and having others chase him through the entire game is amazing with a right group of people. Fans of these types of games will be happy to know that Hunt the Ravager by Kolossal Games is finally getting a proper Kickstarter campaign launching on February 20th.

The game tells a story about an undead samurai who rises to take revenge on Empress Jingu – the one who betrayed him and sentenced him to death. To prevent massacre from happening, Jingu employs 3 brave heroes who will hunt the titular ravager day and night and save their precious Empress.

The game can be played in 1v1, 1v2 and 1v3 modes – so up to four players. The board, that everyone will be traversing, is made of tiles which makes it fully modular. Hero characters move through intersections between tiles, while the movement of the vengeful samurai is hidden. This means players will need to figure out his position. Interestingly: the roles are swapped each round so everyone will be able to control the ravager.

And the final surprise: like Skyrise, this game is also illustrated by Andrew Bosley. And considering it has a Japanese theme – we simply can’t wait!

Empire of the Stars – February 20th

A huge scale science fiction strategy game is heading to Kickstarter next week. Empire of the Stars is a reimplementation of Galactic Emperor made by the same author – Adam West. The new game, despite letting players explore and conquer entire galaxies, doesn’t take ages to complete. While the older version could get lengthy due to some role related mechanics – it’s completely fixed now and everything flows smoothly.

The goal of the Empire of the Stars is like you’ve probably guessed: becoming the leader of the galaxy. Each player will  have an unique toolset at their disposal as the game features plenty of asymmetric abilities and feats.

Everyone works on improving their kingdom from a variety of perspectives. You can for example tackle science and get a hold on new technologies or attack others to claim their areas. All actions are related to the system of roles (Scientist, Regent etc). All players act during each role.

It’s worth mentioning that the game is fully a Kickstarter exclusive and won’t ever be released through other channels. The basic version will be priced at $69. The so called “Emperor Pledge” comes with metal coins, 5th player expansion and a solo mode deck priced at $99. For those interested: here’s the draft version of the upcoming campaign.

Roxley Games is cooking up another exciting project this year. Skyrise will take us to a floating city and task us with becoming its planners and architects. The world looks and feels like Columbia city from the Bioshock: Infinite video game. It’s retro-futuristic and merges late 19th century style with science fiction concepts.

Even though players build the same city together, they have to compete all the time. The order of each turn is determined by bidding, and only the winners of these bids have any choice over what and where they want to build. The concept was taken from Metropolys – a 2008 board game that Skyrise is a sequel to.

Skyrise is going to introduce many new ideas and add balance related improvements to what we know from its predecessor. The board is going to be modular, although you can also assemble it in more classic style described in the manual. As for the quality and design of components: none were shown so far, apart from the cover art, but knowing it’s Roxley and Andrew Bosley we’re already sure it’s going to look fantastic.

Arkwright is an incredibly heavy and complex economic board game that takes place in the 18th century England. Players take on the roles of factory owners and do their best to increase the value of their own shares. Arkwright simulates being an entrepreneur in a way much deeper than what we usually see in games from this genre.

The original game was released in 2014 and got popular with fans of heavier titles. This year a new product in the franchise will debut on Kickstarter. Arkwright: The Card Game, as the name suggests, will approach the same theme from a perspective of card based mechanics.

The new game is going to be as competitive as the original. Players will tend to their factories during 3 time periods, each consisting of 4 rounds. The beginning of 19th century marks the end of each game.

Cards you own are used every turn to start actions like upgrading factories or hiring new workers. We expect lots of complex rules and attention to detail. The early info already mentions machine maintenance, market fluctuation, shares and selling goods abroad. Arkwright: The Card Game might be slightly easier to grasp than the original but we still believe it will be incredibly thinky. 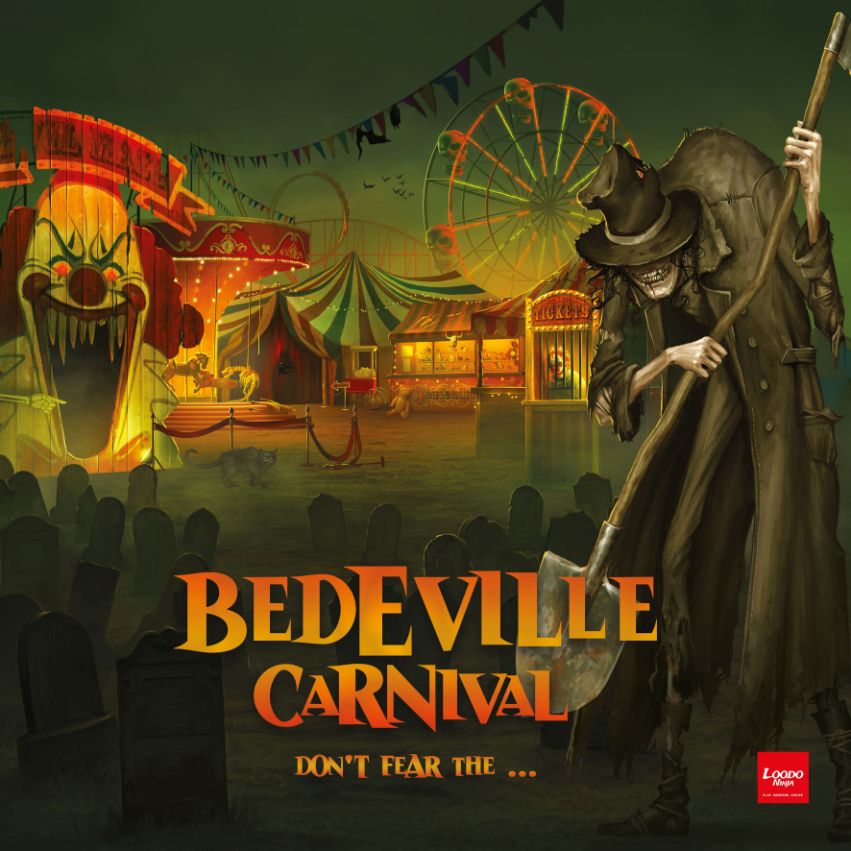